What Is A Designer Nipple?

Home / Blog / What Is A Designer Nipple? 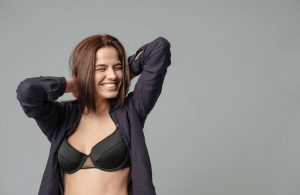 A designer nipple is the result of a surgical procedure in which the shape and contour of the breast, nipple, and areola are changed or enhanced. Women often seek the procedure as part of breast augmentation, particularly after going through childbirth, or as part of breast reconstruction after having a mastectomy.

Although nipple surgery has been around for many years, the term “designer nipple” has been tied into the current trend of going braless, made popular by celebrities such as Kendall Jenner, Rihanna, and Bella Hadid. However, most patients seek the procedure as part of breast augmentation or to correct physical issues.

Who Gets a Designer Nipple?

Women seek work on their nipples because they have changed shape in some way, or they are unhappy with the way they look. Some of the most common reasons plastic surgeons hear for wanting nipple surgery include patients who want:

Those who have had a breast removed because of cancer will need designer nipples as part of breast reconstruction. This is a procedure that only should be considered after consultation with a plastic surgeon and the patient’s doctor. It involves reconstruction of the breast, along with the nipple.

To accomplish this, a surgeon reconstructs the nipple by moving tissue around to create a mound. Tattooing is then done if needed to recreate the areola and the coloring of the nipple.

What Is a Nipple Tuck?

A nipple tuck can be part of a designer nipple, depending on the wishes of the patient. Nipple tucks are typically used to correct nipples that are constantly erect or drooping due to weight loss or pregnancy. Nipple tucks also are often performed as part of breast augmentation.

What Happens in the Designer Nipple Procedure?

Getting a designer nipple is usually an outpatient procedure. This is something a qualified plastic surgeon is very familiar with, as nipples are often reoriented during a breast lift. Also, as noted by the Huffington Post, those who seek breast reduction often also seek a reduction in the size of the areola.

The procedure also is often non-invasive, although this can depend on exactly what kind of procedure is performed.

While the term “designer nipple” is now hot – and the subject of many media stories – it has long been part of breast lift, reduction or augmentation procedures. Women today who may be unsatisfied with the appearance of their nipples have more choices in what can be done as procedures have become safer.

As with any plastic surgery, it’s important to contact a plastic surgeon and consult with them about your desired procedure and whether you are a suitable candidate for getting it done. Designer nipples may be a hot trend now because of celebrities, but it’s not something everyone takes advantage of to enhance their appearance.